Rancho Viejo: A Joke I Didn’t Quite Get

Rancho Viejo: A Joke I Didn’t Quite Get

@Playwrights Horizons
By Ross
Have you ever found yourself in a room full of people laughing heartily to a film or a play, and you aren’t quite sure you are witnessing the same thing? It happened to me once before, when I was watching Inglourious Basterds (2009), that disturbing film by Quentin Tarantino. And it happened again the other night at Playwrights Horizons as I watched Dan LeFranc’s new play, Rancho Viejo. Everyone else, not including my ‘plus one’, seemed to find this play about a certain type of Americans living in the very homogeneous subdivision in California of the same name, hilarious. It is not an exaggeration to use the term ‘LOL’ when describing everyone else’s response, and although I wasn’t missing the ‘joke’, I found the play much too distressing to ‘LOL’.

The cast is perfect in their comic delivery, each delivering with an exacting characterization. Julia Duffy is spot on with every line, Mare Winningham wonderfully depressed and sincere, Lusia Strus spectacularly oblivious and dry, and I could go on about each and every one: Tyrone Mitchell Henderson, Mark Blum, Ruth Aguilar, Mark Zeisler, Bill Buell, and Ethan Dubin. All wonderful, seasoned professionals, playing the words written perfectly.  They give us an odd assortment of characters showcasing all kinds of detachment, passive aggressiveness, and cruelty to one another, along side honesty, care, and a certain amount of devotion,

even on the most superficial level. The lines and actions are delivered with an extreme version of realism, exaggerated but plausible. I just wish there was a point to all the words they were saying to each other, or that the play was as good as this ensemble.
The play, directed by Daniel Aukin seems to be a meditation on happiness, asking the question, “Are you Happy?” One husband, Pete (Blum) asks his wife, Mary (Winningham) this very question. And maybe the rest of the play is about everyone in this community trying to answer that same question, even those totally unaware of the search for the right response, or unconscious of even being on that quest. I’m not really sure. In between these moments of questioning, they fade into chatting to each other at social gatherings in the homes of one another. About art, and not much else of great meaning, without much purpose beyond trying to be neighborly.

The impeccable set (scenic design: Dane Laffrey, costume design: Jessica Pabst, lighting design: Matt Frey) for the first two acts is a uniform living room that sits in for all the characters’ different homes. This sterile space where all the characters reside, seems to be seen differently by the characters, in a similar way they seem to think of themselves as different from all the rest. But in fact, they all are uniquely the same, eventhough they seem to see, think, and talk about their differences. We just see that same bland space and the same bland people.

And then there is the young man in black, Tate (a strange and interesting Ethan Dubin) who floats in and out of the scenes, haunting the background and stalking Pete, the husband that first put forth the question about ‘happiness’. My ‘plus one’ thought he represents ‘death’ and maybe that’s true, but I guess I gave up trying to figure it all out by the third act.
At least Act III gives us some alteration to what was happening in the first two. A strange experience in a surreal landscape between Pete and Tate. The ‘quest for happiness’ meets ‘death’? I don’t know. Is this a similar meditation or exploration on being lost in the quest for happiness? I’m not sure about that either, and at one point, I stopped caring one way or another. For the most part, I felt like the one of the characters in the play at one of their many gatherings. The Spanish speaking Anita, played with a dead seriousness by Aguilar, is telling them a long winded story in a fast paced Spanish about a parrot that isn’t a parrot. You don’t really understand the story, but you can tell where the funny bits are cause she’s laughing. The point needs to be explained to you after by an interpreter, her husband, Mike (Buell), who speaks the most American sounding Spanish you have ever heard. And in the discussion after, the story has lost most of its charm and humor. It just leaves you with more questions, rather then answers. And very little investment. 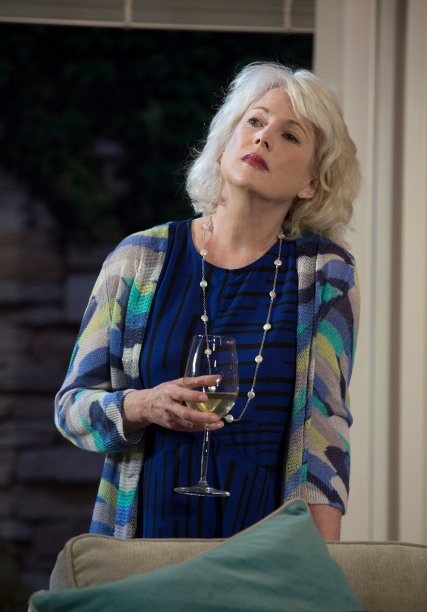 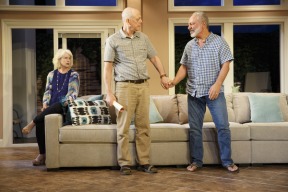 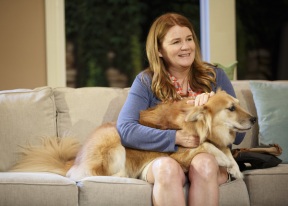