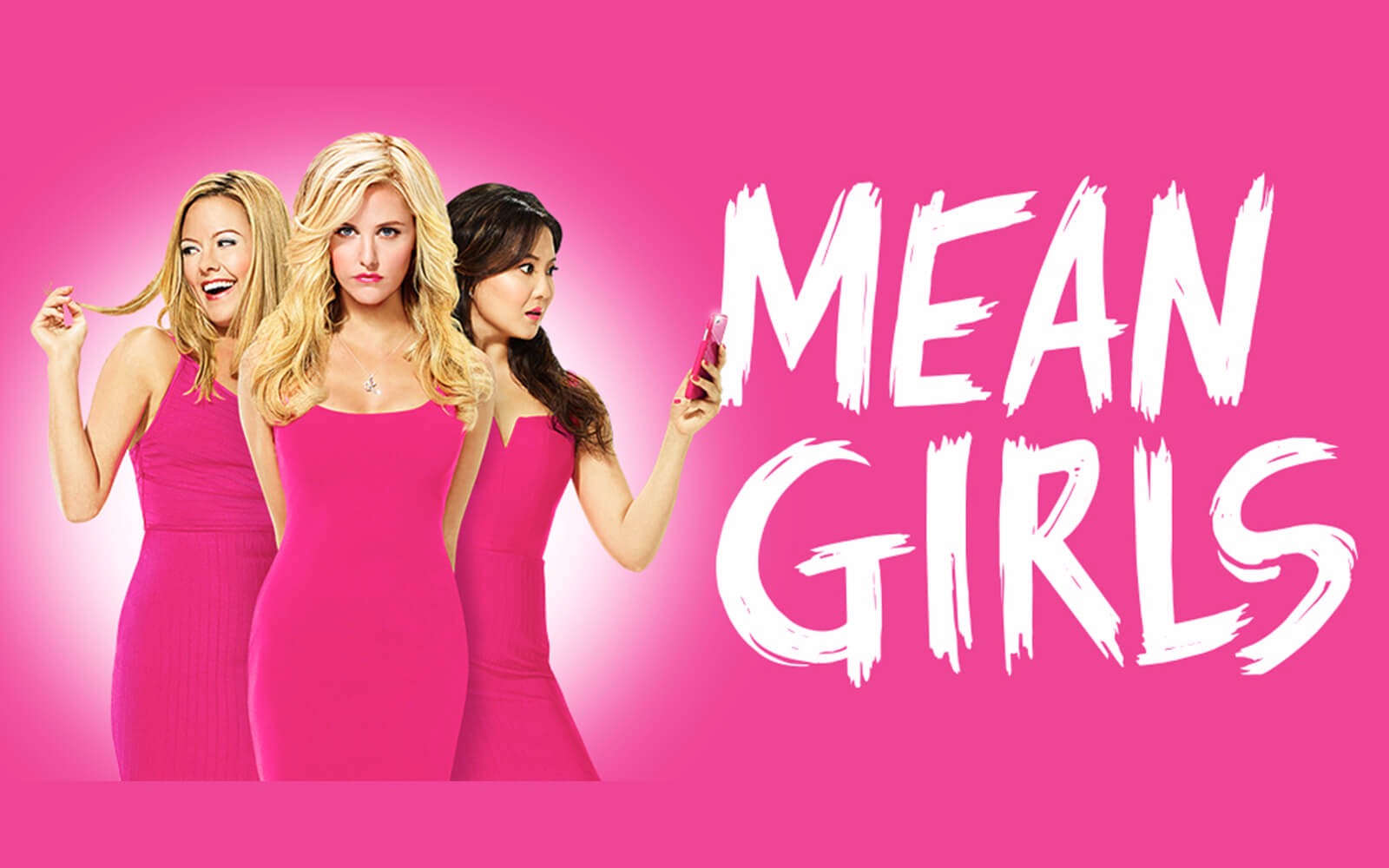 This is a full-on feast for the “Mean Girls” film fan club. Even with the meanest girl in town, a certain Kellyanne Conway (“Don’t be fooled because she may seem like your typical selfish, back-stabbing slut faced ho-bag, but in reality, she’s so much more than that.“), walking in to DC’s National Theater right beside me, her awfulness can’t ruin the fun that is to be had. Because this screen to stage musical is a whole lotta fun. I am going to hold off giving a full review of this Broadway-bound new musical but I will tell you that we thought this show was totally“Grool”.

Mean Girls, the musical based on that iconic 2004 film is getting it almost all fantastically fetch (“Gretchen, stop trying to make fetch happen! It’s not going to happen!“) during its pre-Broadway run. Tina Fey (“30 Rock“) who magnificently wrote the classic teenage comedy of this generation, based partially on Rosalind Wiseman’s 2002 non-fiction self-help book Queen Bees and Wannabes, has once again written a smart and extremely funny look at teenage life. Her musical stage show book will please even the most diehard of “Mean Girls” diehards. Partnered with her husband, Jeff Richmond (Broadway’s Fully Committed) who wrote the music, and Nell Benjamin (Legally Blond) who penned the lyrics, this musical creation does the almost impossible exceedingly well. They have found a way of balancing the telling of Cady’s cultural readjustment tale, a story that we all know and love (if you don’t, schedule a Netflix and chill night, pronto), throwing in all the epic quotable lines at the appropriate, and sometimes surprising moments throughout, while also keeping the plot just unique and far enough away from the original so it doesn’t feel like a carbon copy. Those detours, as choreographed and directed by the hit-making director, Casey Nicholaw (The Book of Mormon, Aladdin), are wildly fun and silly, keeping the storyline fresh and sassy. We remain fully on our toes, happily engaged, with her young fan base cheerfully squealing with delight after each well known line right up until the end. It’s not perfect a perfect show mind you, as it still needs some tightening up. It lacks the one or two songs that climb into your brain (“Get in loser, we’re going shopping.“) and don’t want to leave long after you leave the theatre, but with the funny and fulfilling balance of old and new, we still walk out happy and appeased.

All the cast of characters are here, presented one after the other by our non-official high school greeting committee (“You got your freshmen, ROTC guys, preps, J.V. jocks, Asian nerds, Cool Asians, Varsity jocks Unfriendly black hotties, Girls who eat their feelings, Girls who don’t eat anything, Desperate wannabes, Burnouts, Sexually active band geeks“). Janice Sarkisian, played iconically by the incredible Barrett Wilbert Weed (Heathers: The Musical) and the adorable and funny Grey Henson (The Book of Mormon) as Damien Hubbard, the guy who’s “too gay to function” (“That’s only ok when I say it!“) are our guides through the dangers that lurk in the school’s hallways, classrooms, and the animal watering hole that most call, ‘the cafeteria’. Functioning just about as perfect as one could hope, the two (“greatest people you will ever meet“) start out as our morality voices and ushers from the future. Telling Cady Heron (“Calling somebody else fat won’t make you any skinnier. Calling someone stupid doesn’t make you any smarter. And ruining Regina George’s life definitely didn’t make me any happier. All you can do in life is try to solve the problem in front of you.“), played perfectly by Erika Henningsen (Broadway revival of Les Miserables) all she needs to know in the first of many high-energy high-kinetic song and dance number, “Where Do You Belong?”. In this fun song, the pair of high school outsiders introduce her (and us) to all these iconic characters in a very cinematically similar fashion, but with a definitely creative Broadway style that fits the genre perfectly.

It’s the perfect setup for a tale that will take us from Cady’s departure from Africa (“If you’re from Africa, why are you white?”) (“Oh my God, Karen, you can’t just ask people why they’re white!”) to the most famous high school bully take-down ever (“beware of the Plastics”). The Queen bee of the Plastics, Regina George, most awesomely played by Taylor Louderman (Bring It On: The Musical) is everything that you want her to be (“Regina George is not sweet! She’s a scum-sucking road whaore, she ruined my life!“) and more. Her two disciples, Gretchen Wieners, played by the wonderful Ashley Park (Broadway’s recent revival of Sunday in the Park with George), and Karen Smith, played by the hilarious Kate Rockwell (Rock of Ages) round out the (“Cold, Shiny, Hard, PLASTIC“) trio solidly. Rockwell gets to steal the show for a brief moment with the epically funny, “I Can Be“, emphasizing Karen’s simpleton mannerisms wisely, and Park gets to shine in the wonderfully smart and surprisingly deep number “What’s Wrong with Me?”

But what it is really all about, is the dreamy boy, Aaron Samuels (“why do you wear your hair like that? Your hair looks so sexy pushed back. Cady, will you please tell him his hair looks sexy pushed back?”), played charmingly by the handsome and talented Kyle Selig (Public’s Joan of Arc: Into The Fire). His chemistry with Henningsen’s Cady and Louderman’s Regina does this musical proud, setting up the triangle wonderfully, and ending it on an even better note than the film. Kerry Butler (Xanadu, Hairspray), the most wonderful adult addition to this talented cast gets to play the two teenager’s mothers. She’s good at being Mrs. Heron, but excels, not at all surprisingly, as Mrs. George (“I’m not like a *regular* mom, I’m a *cool* mom. Right, Regina?“), with the slightly out of place but thankfully included (because we adore Butler) number, “Stay with Mother“. But it is really as Ms. Norbury, the character Tina Fey inhabited in the film, where she gets most of her great sarcastic one-liners and a few new good ones to sprout (“I’m a pusher“).

Fey and team have smart written all over this piece. On the white walls of the crafty set (sets: Scott Pask; lighting: Kenneth Posner; sound: Brian Ronan; video: Finn Ross & Adam Young) to the clean and precise costumes by Gregg Barnes. Mean Girls may still need to find that anthem to solidify the piece, but as written, this funny film adaptation plays up all its strengths, getting cheers with every classic line said, while not being so rigid to plot points to feel lame (“I wish we could all get along like we used to in middle school… I wish I could bake a cake filled with rainbows and smiles and everyone would eat and be happy...”) (“She doesn’t even go here!“). It feels fresh and funny, and in no way do these Mean Girls need any help or lessons from the ultimate Mean Girl of DC, Kellyanne Conway, the ultimate “fugly slut”. So get excited for its arrival on Broadway this spring and remember, “I don’t hate you because you’re fat. You’re fat because I hate you”.