On The Shore of the Wide World: Coping & Watching but Not Diving In.

On The Shore of the Wide World: Coping & Watching but Not Diving In.

They all seem fairly normal and solid at the beginning. Well, maybe not normal but average, in that emotionally suppressed kind of way that feels normal to most of us. Or at least that’s how director Neil Pepe (The Penitent) initially allows them to come across. Epitomized by Peter, the father of the household, and the way he addresses the disturbances that rock the foundation of his home, he copes much like the houses that he meticulously revitalizes. Played with a quiet pain and slight confusion of the world around him, C.J. Wilson (Atlantic’s Hold on to Me Darling) as the father/restoration expert sums up his outlook on life in essence, when he explains to a new customer, the pregnant book editor played with warmth and compassion by the wonderful Amelia Workman (Second Stage’s The Layover), that his process of restoration is slow and methodical in order to take care of the old wood underneath before painting a new color on top. It feels like a quiet and soulful idea that he himself is trying to embrace. And we soon will discover why. 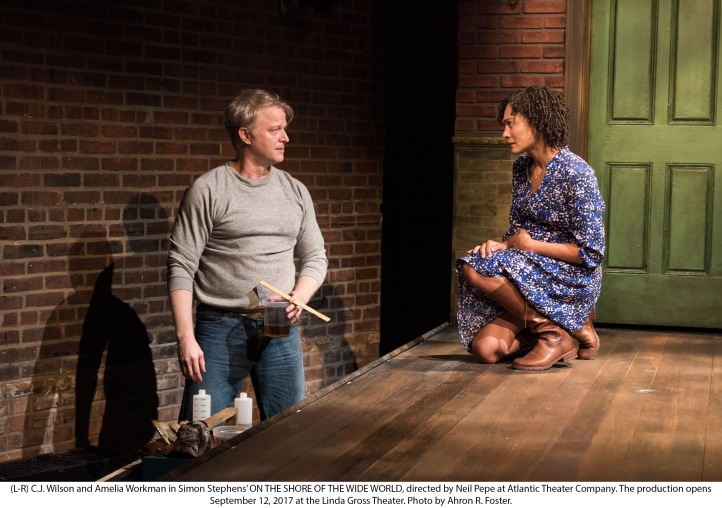 Simon Stephens, the playwright, best known here for his Tony-winning adaptation of Mark Haddon’s novel, The Curious Incident of the Dog in the Night-Time, and Heisenberg, both seen on Broadway over the last few years has written something both beautiful, poetic, and devastating with his 2006 Olivier Award winning play, On the Shore of the Wide World at the Atlantic Theatre Company. The family he has created is steadfastly trying to deal with all of its inner demons and domestic trauma that slowly seeps into our collective surface over the course of this tad too long play. Stephens, who in my eyes is at his best when delivering short diads of conversation as he expertly showcased with his play, Wastwater, structures this introspective family drama in a series of two or three character scenes. The set, by designer Scott Pask (The Band’s Visit) with lighting by Christopher Akerlind (Broadway’s Indecent) and costumes by Sarah Laux (Second Stage’s Man from Nebraska), is a solid familial house made of the old wood that Peter refers to earlier. Although not set entirely in this house, the play takes us to numerous locations in this small town of Stockport, a suburb of Manchester, where most dream of what is beyond the shores in this wide world but few leave to discover it. The house is a reminder of the solid structure of home,  and all the weight that it implies, but does not exude warmth either. Most of the characters speak of leaving at one point or another, running away and escaping this house and this town, all the while pleading with others not to go.

They are the strong and silent type, this family, unsure how to express true emotion other than calmness or outbursts.  There are not very many shades of grey here in this family emotionally. They fly off the handle at a moments notice, frustration bubbling over in an unhealthy or at least, unproductive manner used against one another. Peter (Wilson) lives with his wife, Alice, played with complicated maternal mannerisms by the extraordinary Mary McCann (Irish Rep’s The Weir), and their two teenage sons, Alex, a wonderful and intricate Ben Rosenfield (Roundabout’s Love, Love, Love), and Christopher played with twisted charm by Wesley Zurick(Theatreworks USA’s The Lightning Thief). Alex’s new girlfriend, Sarah Black, portrayed with eclectic energy by Tedra Millan (Broadway’s recent revival, Present Laughter) has entered into the fold of this family, causing some concern, acceptance, and adding a complication that turns the family on its head. The young couple’s relationship is profoundly authentic even when their accents wander off into the wide world. The wave of emotional suppression is most powerful in Alex. Even when the flood gates open, it seems quiet, but it is clear that it is also a loud cry of sadness and confusion, something that this family has never really figured out how to manage.

Peter’s parents, Ellen, with a brilliant turn by Blair Brown (Copenhagen, Arcadia) and Charlie, the always impeccable Peter Maloney (Broadway’s Outside Mullingar) are never too far away, and are not at all what they seem to be at first. The complications of family dynamics start here, and have been passed down from one generation to another, in slightly different forms. Maloney’s scenes with Charlie’s two grandsons are heavy, sweet, upsetting, and beautiful, just like the complicated scenes between all the fathers and their sons throughout this play.  If you have daddy issues, be prepared. No one in this family is as clear and calm as they first appear.  They all have secrets that they are too fearful to say out loud. They reside close by to the point of claustrophobia, making it easy to drop in but the proximity only adds weight and drama to each other’s lives.

Most of them seem stuck though, destined to stay put and to only fantasize about the wide world that hovers just beyond their gaze. There is an air of impending doom that hangs over them all.  There is the smell of battery and destruction, a wisp of fire in the continual play of matches, and the tension of suppressed emotions that seem to suggest something terrible is coming their way. And when it does, we wonder, how will they cope? 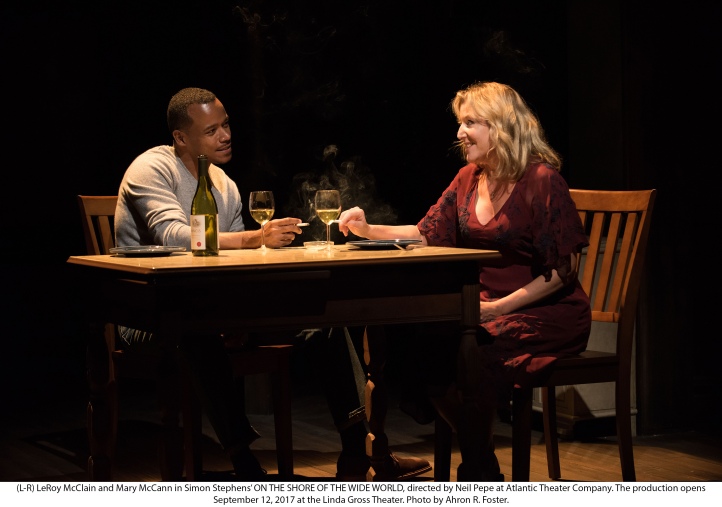 This attempt of a family drama by Stephens is really about survival against all odds.  At times the play meanders and elongates moments for no need.  But we can feel the authentic dynamics ebbing and flowing through the poetry of the dialogue. It’s not surprising how these adults will ignore convention, and turn to strangers to express their demons rather than address them head on with the ones that matter most.  Alice surprises even herself by turning to a well-spoken stranger, played a bit erratically by Leroy McClain (The History Boys) who has a disturbing thread of connection to the family.  Peter, her husband, confesses his pain to his client, rather than his wife in one of the most touching scenes in the play.  Only near the end, the struggling couple finally attempts to engage with the other in their shared grief and pain, and in that moment, we see the devastating beauty of engagement.

This play could easily be trimmed down without discarding much of the emotional struggles (Odiseas Georgiadis’ character Paul could easily be burned away), but the piece is also quite the poetic character study. That the strange beginnings and endings of Stephen’s snapshot scenes should be embraced, explored, and held onto to. It’s a struggle at moments to stay on board with this family as they try not to sink into their dysfunction, but the last moment, a moment that feels both small and important, suggests hope for this family.  Change might occur and people may try to rise up and do something to help, in a way that they never tried before.  It’s not earth-shattering, and if you blink you might miss it, but it registers and hangs inside us like a beautiful sad hymn, much like this play. 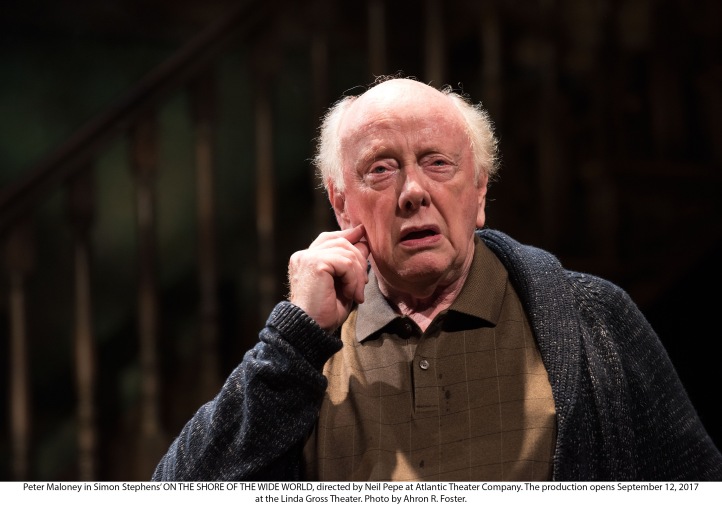