Day 4 at TIFF19 – Zellweger Disappears, and ‘Judy’ Storms Into the Spotlight

It was my last day at the Toronto International Film Festival (#TIFF19) and I had to get up bright and early on a Sunday morning to run off and get in the P&I line for the last film of the festival for me, and the first film of the 4th day at TIFF. 8:45am, it was at, and although I have yet to see a full-to-capacity P&I screening, I did not want to risk the chance that this one would be the one that I couldn’t get in. I did have an alternative, a 9:45am P&I screening of Tom Hanks in “A Beautiful Day in the Neighborhood” or Jennifer Lopez’s “Hustlers” at 12:15pm. So it was going to be a good day, regardless, but there I was at 8am walking up to the festival cineplex, and yes, there was already a line, and although I must have been the 50th person there (which was the longest line I had arrived at to join, albeit the closest to capacity eventually of any screening I went to), I knew that I was going to get in and see the Oscar winner, Renée Zellweger (“Chicago“) defy the odds and attempt to embody the legendary Judy Garland in screenwriter Tom Edge’s well crafted and thoughtful “Judy“.

As directed with a smart spirit by Rupert Goold (King Charles III), the film wisely narrows the approach to the final year of the great Judy Garland’s troubled life, mixing in, like some sweet vermouth, some flashbacks to give the whole cocktail some added kick. It’s a kind and focused adaptation of the stage play, End of the Rainbow, giving us a tragic Hollywood tale of what happens when a wonderfully gifted young woman is pushed and prodded quite vigorously (and cruelly) forward from a fresh and young thing (Darci Shaw) eager to please the head honcho, to the damaged woman in her 40’s (she died at only the age of 47) we see struggling before us. Powerfully jittery and charismatically engaging, the disappearing artist  Zellweger gives a performance that is purely everything it should be and so much more. She grabs the drink right out from under our noses, magically turning a good white wine spritzer into some exquisite expensive champagne that we happily want to drink down to the last drop. It’s perfect and raw, with Zellweger vanishing within, only to emerge triumphantly as the thoroughly damaged movie star trying to keep from losing everything in the last year of her short lived life.

Zellweger barely lets us look at another, although all around her perform their roles with grace and power. Finn Wittrock (NYTW’s Othello, “The Big Short”) as the last man to marry the screen legend, the totally appealing opportunist Mickey Deans, shines and twinkles his gorgeous eyes in just the right manner, never letting us fully know his full motivation and heart; not playing the devil, but there’s also no halo hanging over his head. He’s filled with a dangerous but effervescent glee, and we revel in the way Zellweger’s Judy looks to him. The look is very different when her eyes are cast towards the father of Lorna (Bella Ramsey), her ex-husband, Sidney Luft, dynamically portrayed by the talented Rufus Sewell (Broadway’s Translations, “The Illusionist”). The toxicity of their engagement registers loud and clear, a mixing that is so full of fire that it must have been something when it worked, but deadly and hostile when it went sour.

Pushed by Sidney’s desire to take Judy’s kids away from her frantic and wobbly lifestyle and give them a steady home and schooling, Judy, now middle-aged, homeless, broke, painted as a terrible mother, embroiled in a custody battle, and uninsurable in Hollywood, reluctantly jets off to London to appear at the Talk of the Town nightclub. “London would offer you a lot of money” it seems. So off she goes, in a desperate bid to regain some control of her finances and her shattered career. But crippled by severe anxiety, insomnia, and full to the brim of self-destructive tendencies brought on by alcoholism and drug use, born out of her days as a young actress on a movie set, she implodes off and on stage, barely making it to her own opening night. That is, if it weren’t for the trusted, ever so British personal assistant, Rosalyn Wilder, lovingly played by the stunning Jessie Buckley (“Chernobyl”, “Wild Rose”) who has been assigned to her. It’s a pretty thankless part, I must say, playing second fiddle to Zellweger’s dynamic fireball, but Buckley finds a way to creep sweetly and strongly in and under our skin, just like Rosalyn does with the difficult Judy. That opening night scene, that has Rosalyn literally pulling Judy together, zipping her into a dress, and shoving her out onto the stage crackles like ice being drowned with vodka. It’s heart racing and wonderfully touching, yet once she’s out there in the spotlight, “Judy“, the singer and the movie, fully finds that “Somewhere Over the Rainbow” bleeding heart, dynamic meaning and the marvelous magic that makes Judy iconic. She sings with a trembling force, lighting up the stage, and all we can do is sit back with wonderment, forgetting about the actress playing the actress, and just take in these Judy Garland moments with glee.

Standing on shaky made-for-the-stage legs before an enraptured and eager audience, microphone in hand “Judy” sizzles, especially with the sweeping magnificent cinematography by Ole Bratt Birkeland. Judy, the star triumphs, until the strain of her whirlwind marriage and erratic lifestyle starts to scratch at her skin. We feel the cracks start to appear in the rocks glass; issues of her insecure attachment taking hold of her nervous mind, and watch with fear as her desperate impulsiveness shifts into high gear. The rollercoaster ride that takes place in those few months in England that “Judy” chronicles is so powerfully sad, but also a bit of a hodgepodge of facts and phantoms tossed together casually. Without Zellweger center stage singing “The Trolly Song” with such undeniable energy and finesse, I’m not sure how tuned in we would be. But the touching friendship with the older gay couple who wait for her by the stage door every night touches our collective heart, as we, for once, get to see the caring Judy that must have lived somewhere deep inside that fragile frame from day one. The movie industry that loved her so much, did a number on her, tearing into her soul with pills and alcohol, leaving an empty scared shell of a woman that barely ate or knew how to enjoy herself. She is haunted by the fear that all may leave her; her lovers, her children, her talent, and her audience, and it is in that pain that Zellweger finds her Judy. We sit in wonder as we watch a magician disappear and reemerge as the sad troubled star we have all grown to love and care for. We are all those two older gay men, in spirit, at the stage door just hoping for a bit of her magic dust to land on our lapels. Never imaging that she might come to their home for a runny omelette and a stiff drink, and give us a heart felt hug. 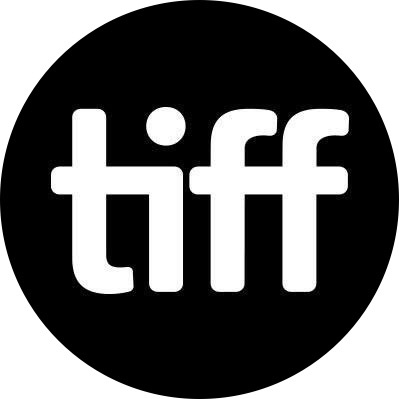