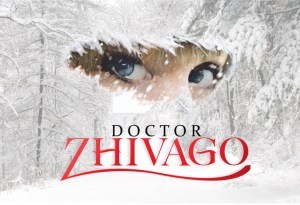 When I bought tickets to Dr. Zhivago back in January, I had high hopes: I love the film; I’ve never quite made it through Pasternak’s way-too-long novel, but it too is acclaimed; and I’m a big fan of Lucy Simon’s The Secret Garden score. Then the show opened two weeks ago, only to be universally panned by critics, leaving me in the dumps, my hopes dashed for a soaring score and a sweeping Russian epic.

As one fellow audience member put it tonight: when you go into a show with very low expectations, you’re bound to come out somewhat pleased with it. There was a lot to like: beautiful period costumes, Tam Mutu’s mesmerizing voice, Paul Alexander Nolan’s nuanced and moving performance as Pasha, and a stunning cavernous set. In any other season, Dr. Zhivago could have stood a chance. Alas this season is filled with amazing shows—a tedious Russian epic (and this show is tedious) was never going to make it. Very hard work clearly went into this, and it’s sad to see any artistic endeavor fail so quickly.

To be frank, though, Dr. Zhivago is mostly a slog. A long cold slog. While Act II redeemed the show for me, almost all of Act I lacks a certain dramatic tension, the songs all have a certain kind of sameness (I felt like I heard this score before), and with so much attention paid to the Russian Revolution, you’d think we’d get a little help making sense of it all. I love a historical drama. But even with all the bombs exploding, the men puking their guts out, and the women slitting their throats, this show somehow found a way to make the rise of Communism downright boring.

All that time spent building up a war that made no sense should have been spent on the growing love between our poet-doctor and mystery woman Lara Guishar (played by the gorgeous Kelli Barrett). We never actually see them fall in love—maybe because we spent too much time on the battle field. Suddenly the curtain rises on Act II and the adulterous lovers are pining for one another.

As Pasha turns into the villainous Strelnikov in Act II, hunting down the lovers as they meet in the shadows and hide in abandoned mansions, we’re suddenly pulled into a show with some tension. Sadly, it all happens so fast—there’s so much ground to cover (Pasternak’s book is 600 pages long and the movie is just over three hours). Dr. Zhivago escapes with his family into the far reaches of Russia, only to be caught by Strelnikov and released, then caught again and sent to aid dying Revolutionary soldiers, all the while his wife and mistress confide in one another and pine for the man they both love. Act II works because suddenly we have a story: the characters want something, and there’s something keeping them from it. Act I fails for the opposite reasons.

Maybe the source material was never meant to be a musical. The movie, while acclaimed for its historic value, isn’t quite a leisurely watch. And the novel is long and meandering. Even so, I actually think this show could have stood a chance if there wasn’t so much amazing theater for people to spend their money on right now. I could use fewer bombs, a little less blood, and a lot more romance. Still, I enjoyed it a heck of a lot more than Finding Neverland.