Tony Picks — Featured Actor in a Play or Musical 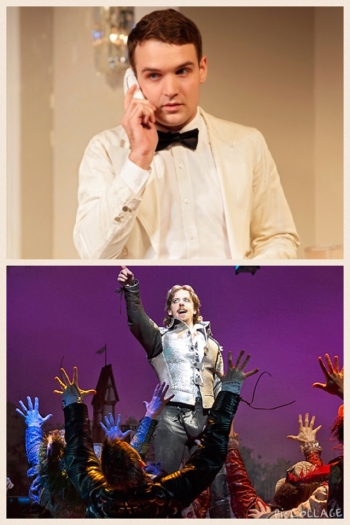 There’s less than two weeks to go until the 2015 Tony Awards, so Ross and I have a bit of catching up to do with our picks. In this post, we take on Featured Actor in a Musical or Play. These were difficult categories, partly because Ross and I won’t get to see Wolf Hall until after the Tonys—we’re relying on a little guesswork here.

Check back for our take on the Costume/Scenic Design categories in our next post. And coming very soon: our picks for Lead Actor/Actress categories, plus Best Play and Best Musical. We’re so excited for the big lead up to the award show!

Ross Says: “This is a difficult one to pick, as Loren and I have yet to see Wolf Hall, and we won’t see it until alter the Tony’s, but my guess is Wolf Hall will get some Tony love in categories such as this and production. I loved Matthew Beard in Skylight. He was thoroughly engaging, awkward and endearing in the opening and the closing of that beautiful play, and if I were a voter, he would get my vote. Micah Stock was by far the best thing in It’s Only a (not funny forced stink of a) Play. He might win, but he wouldn’t get my vote.”

Loren Says: “I begged Ross to let me out of this category, mainly because I just haven’t seen enough of the plays to make a proper pick. This is totally guess work here, but I’m going with the adorable Micah Stock from It’s Only a Play. Broadway legend Tommy Tune paid Stock a visit a week or so ago on stage at It’s Only a Play to pay homage to his great comedic work. I say give the man a Tony. He’s a standout in this snore of a category.”

Ross Says: “This is the battle of handsome leading men in secondary featured roles. If this were an arm wrestling contest of talented men, Andy Karl would win in a second. But I’m giving all my Tony love to Christian Borle for his wonderfully funny portrayal of Shakespeare in Something Rotten. Brad Oscar gets my runner up prize. He is so charming, awkward, and lovable in that part as the more talented and more nervous younger Bottom brother.”

Loren Says: “Ross is definitely on to something with the pick of Christian Borle—he’s at once sexy and hilarious in Something Rotten! Alas, I am not in the Rotten camp. Borle quite possibly could pick up another Tony this year, but my personal pick is Brandon Uranowitz from An American in Paris. Uranowitz plays Adam, the melancholy struggling composer who is competing for the heart of Lise. He delivers some of the funniest lines in Paris, and is quite possibly its best actor. As the show’s narrator, he is compelling and draws you into a story of love and rebuilding after the devastation of war. Plus, he named Kelli O’Hara as his Tony nominee crush in a recent interview with Broadway.com (he’s gay, btw). That alone is enough to steal my heart. My runner up? Maybe Andy Karl. Just watching him do bicep curls with Kristin Chenoweth was enough to make me swoon.”