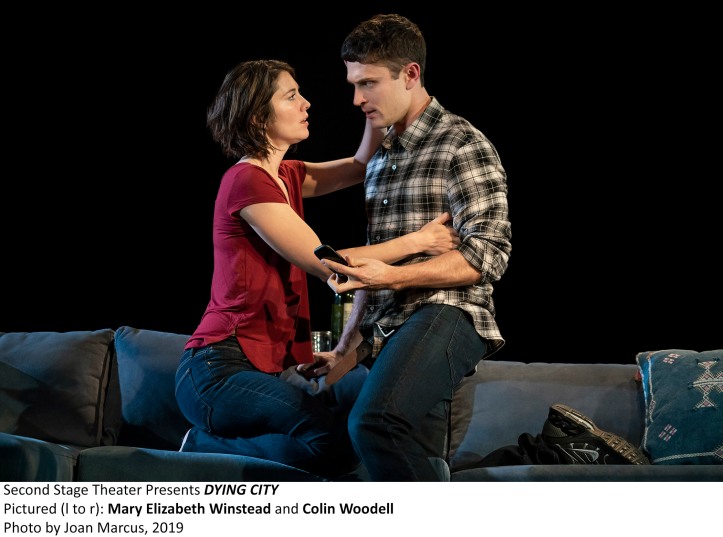 The creative juices of playwright constructs are molded together in the dynamic and thought-provoking play Dying City by Christopher Shinn (Where Do We Live) at Second Stage’s Tony Kiser Theater. The fascinating human fallout of global attacks and wars find their way in to this exploration, inventively tearing apart relationships, politics, and idealism within a strong balancing act of structuring and purposefulness. As directed with a somewhat myopic hand by the playwright himself, Shinn never really finds the personification of his compelling ideas nor the where for all to tease them out in this short one act play. The movements and impulses seem more dictated by text and notes rather than humanistic interactions, which is a shame, as the idea give an environment and an exercise that is both challenging and unforgettable in style and construct. 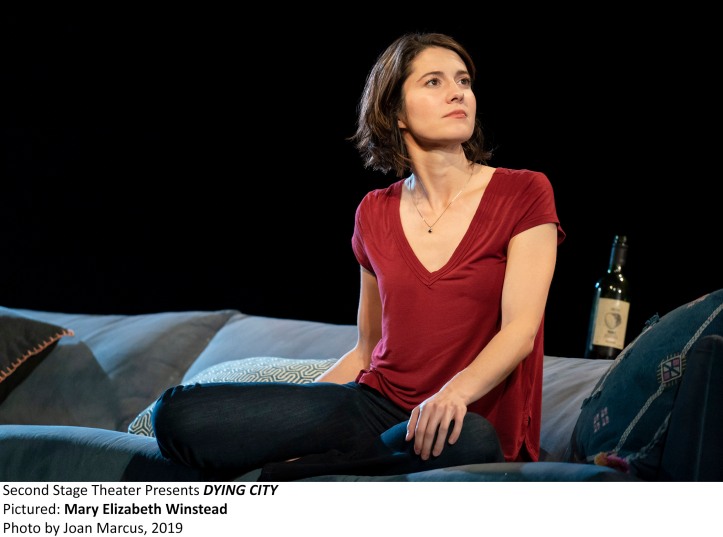 Mary Elizabeth Winstead, best known for her role as Nikki Swango on FX’s “Fargo” struggles within this Dying City. She’s at the center of this dynamic with both brothers, seemingly more lost then her grieving and upset character deserves to be. She wanders a bit without purpose around the expansive set, never really finding the essence of Kelly, the widow/wife, that would draw us in to her frustration and sadness. Colin Woodell (Geffen Playhouse’s Long Day’s Journey…) gives a strong dual personification of twin brothers, Craig, the soldier, and Peter, the actor, who couldn’t be more different. Studies generally show that identical twins share the same sexual orientation, but I’m going to set that aside and just believe that these twins are sexually as different as the way they attack the world.  Woodell really does create individualistic approaches although I wish his exits and entrances felt organic and not scripted, as the intentions sometimes felt jarring and confusing, rather than purposeful. But the conflict, as written, rings true and deep, although not teased out with intricate authenticity. 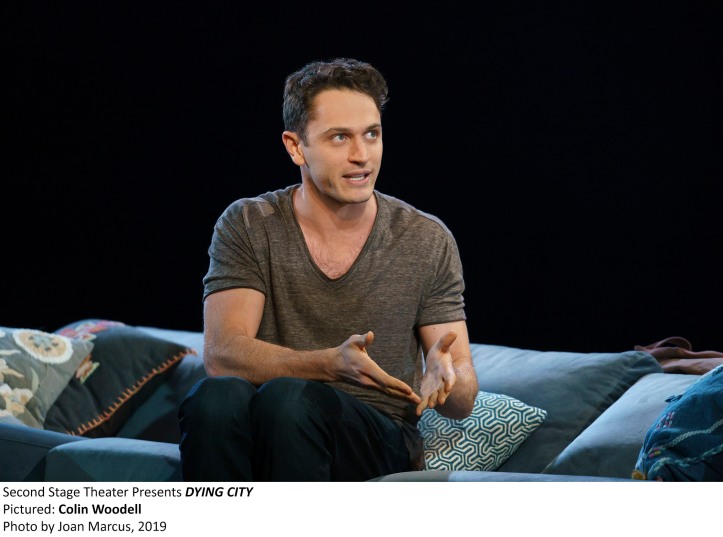 The bland and expensive set by Dave Laffrey (RTC’s Apologia), with lighting by Tyler Micoleau (Broadway’s The Band’s Visit), dynamic sound design by Bray Poor (RTC’s True West), and solid and smart costuming by Kaye Voyce (NYTW’s Hurricane Diane), doesn’t help pull us into the thoughtfully written structure of dyadic conversations. It leaves a black hole in the background and at the heart of the complexity, where all intimacy gets sucked into and lost. I couldn’t help but wonder as the play unfolds what that infinite black space was created for, but when it finally makes it’s purpose known, it is altogether too brief and meaningless to have distracted us for the whole play.  It feels in somewhat like it is meant to be meaningful and dramatic, but fails to expand the emotional battle going on in front of it. The tightness and the intimacy needed have not made their way into the direction and the purposefulness of this interesting and compelling play. 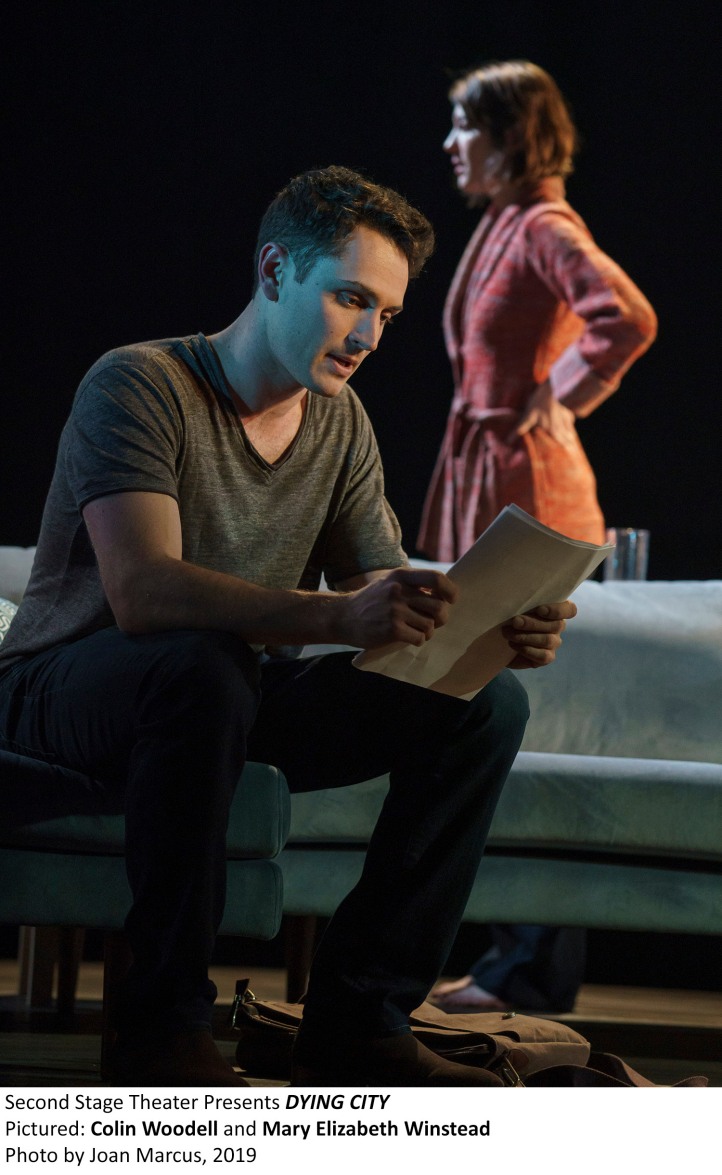