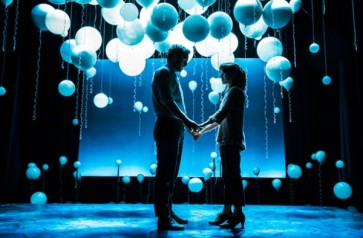 I’ve seen a few lists of the top Broadway shows on different web pages and newspapers and all of them had numerous titles in common. The one that obviously stands out, the one that most said was the number one (or close to it), is a show I have yet to see, Hamilton. So, for that sad fact, it won’t appear on my list, as I’ll list only shows that I saw for the first time in 2015, regardless of opening dates. Maybe it will appear on next years, as I have some pretty great seats to see it in February.  Maybe 2016, I’ll see all the shows I want to see around their opening dates. Maybe even as an invited critic. LOL. One can dream. 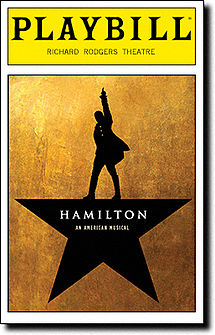 But I do hear that Hamilton lives up to the hype, which, I have learned, is sometimes a curse.  Here’s to hoping it is as brilliant as the word of mouth swirling around it. I was not the greatest fan of In The Heights but I’m an optimistic fool when it comes to theatre, and I want to believe.

That being said, here’s my list of my favorite shows that I saw in 2015.  So check out my list, and check out the links to the reviews of each of the shows listed.  The ones that don’t have a review were my pre blog days.  Next year, those won’t exist.

Every time I think of the spectacular Henry IV at St. Anne’s Warehouse, it makes me think that King Charles is more and more astonishing.  It’s a brilliantly written and crafted play with stellar performances, and the more you dissect it, the more brilliant it becomes.

Even on second viewing, this show is just such an emotional journey and I can’t get enough of it.  Every song touches my heart. And the choreography and the deaf/non-deaf pairing just deepens and deepens that emotional core. See it before it closes. 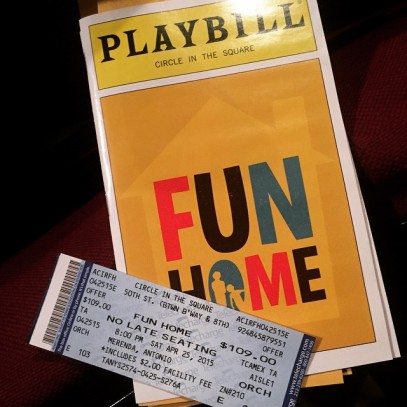 Tony winner from 2014/15 season for best musical, and the best compliment I can give it, is that to this day, I think of it always as a super powerful play, sung. And the songs just happen to be astounding. That’s a powerful concept.

One of the best new plays I saw. And it happened to be at the National in London, my favorite place in the world to see theatre. I pray that it comes and plays in the Circle on the Square, or somewhere similar. It would just fit so well in that environment.  It’s a funny smart surprise, and I feel blessed that I saw it on its closing day.

Mary Louise Parker must have jumped up and down when she read this stunner of a play by Simon Stephens, saying I’ll do this anywhere for any amount of money. It’s just so perfect for her without it feeling lazy or been-there-done-that. Performed in a small studio theatre at City Center, with little embellishment, it was a revelation, and proof that Curious Incident… wasn’t a fluke.

6-View from the Bridge 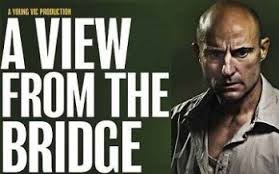 Brought in from London by the acclaimed director, Ivo van Hove, famous for stripping down plays to their bare minimum, we are reminded what an intense and powerful play this is, even with the realistic stage treatment thrown away. Brilliant and devastating, it makes me even more excited to see what he does with The Crucible this spring.

Hands down, one of the most excited performances of the season. The lead, Cynthia Erivo, doesn’t just have one final act Idina Menzel/If/Then moment, she has numerous, and she brings down the house each time. Not to mention all the other moments, the quiet ones, when she grabs you by the heart, and squeezes. And those other two, Jennifer Hudson and Danielle Brooks only add to our pleasure. I’m telling you the gospel truth. 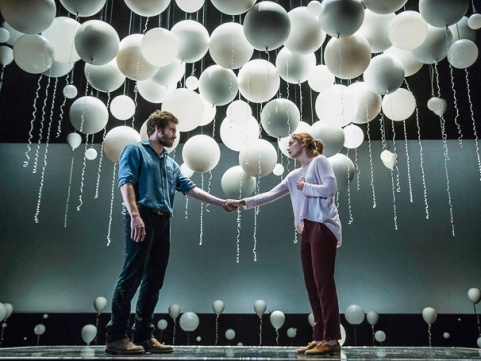 I loved what this play had to say about the small choices we make consciously and unconsciously, and how important they are to our lives. Both actors do superb work. Jake was a true surprise, and Ruth was magnificent.  I’d love to see it again and again.

An inventive and lovely production of one of my lesser favorite Sondheim shows, although after this production I think it rose up the ladder a few steps. It made me love the show and the songs much more then I thought I could. This is what theatre is all about, and why it will never go away.

10-The Play that Goes Wrong

A continuously hilarious play of a production of a bad play that goes just so terribly wrong. My sides hurt from laughing so hard and my mind was blown with its brilliance.

A few others that warrant mention:

Whorl Inside a Loop

Thank you Sherie Renee Scott. This is such fun and so meta it’s hard to describe, but wonderful to experience. 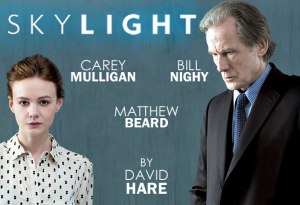 A wonderfully subtle and moving revival with three magnificent performances. 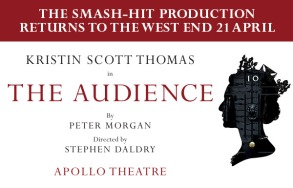 London’s superb production starring a brilliant Kristin Scott Thomas, who replaced Helen Mirren. I hear Mirren was wonderful, not surprising being that we’ve seen her play the Queen already, but I’m grateful that I was able to see Thomas, who brought such layers of subtlety, emotionality, and maybe, most importantly, humor. 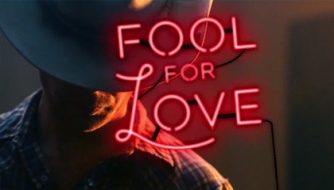 Hot and exciting. A great play with electric performances makes for one great night at the theatre. Thank you Sam.

If you like Pinter, and I like Pinter, then you’ll love this abstract seemingly realistic play about, well, you can decide what you think it’s about. And that is the joy of this show; the game of interpretation and what you think is going on. I’m leaning towards the idea that both women are in fact one woman; one crazy woman battling for her identity. But you can disagree.

Magnificent in size and scope. Beautifully done on every level. Great story. Designed to perfection. Acted by pros. Fascinating.

The funniest dirty play on Broadway. Not for children or the faint of heart.

and last, but not least,

I just can’t wait for this to be remounted here off-broadway at Second Stage.  It was worth the trip to Washington, D.C., and it will be worth the revisit here on 8th Avenue.

A loud mess with barely one emotional moment. No matter how much you turn up the volume, you can’t hide the horror. 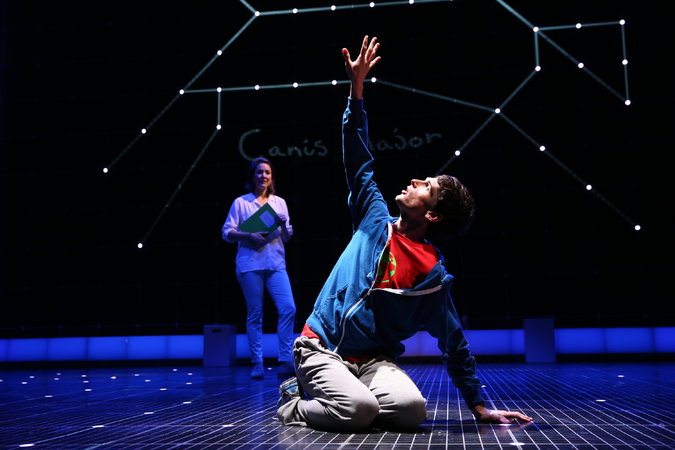