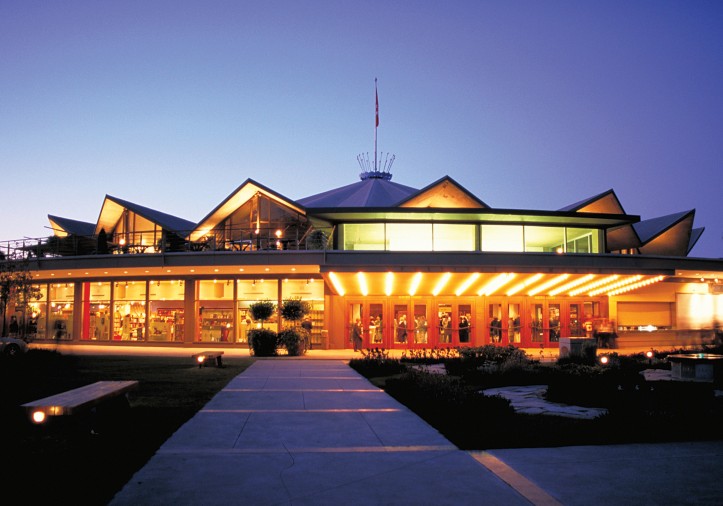 After weeks of consultation and deliberation, Artistic Director Antoni Cimolino, Executive Director Anita Gaffney and Board Chair Carol Stephenson have come to the conclusion that the Stratford Festival’s entire 2020 season must be put on hold, with a plan to revisit programming as soon as it is safe to gather in theatres.

While they anticipate that theatres will not be able to reopen until next year, they have not ruled out the possibility of mounting specially scheduled fall or holiday programming should public health conditions allow.

“This is devastating for the Festival and for the city of Stratford,” said Cimolino, speaking on behalf of the leadership team. “Beyond the heartbreaking loss of our work and our inability to open our spectacular new Tom Patterson Theatre is the economic impact of this terrible situation. The Festival is an engine for this region, driving $135 million in economic activity each year. Thousands of people and hundreds of business owners rely on the Festival for their livelihood.”

“It is a terrible irony: the Stratford Festival was started in 1953 to save the city of Stratford from economic disaster and now its closure in the face of this pandemic poses its own economic devastation for the region.”

“This is a crushing announcement, for which we at once feel terrible responsibility and yet is entirely beyond our control.”

The Festival had been preparing to mount one of its most ambitious seasons in its 67-year history: 15 productions in four theatres, including its dazzling new Tom Patterson Theatre, which having reached 98% completion is now shuttered.

“Our disappointment at not being able to open the new theatre and dedicate it to our founder, Tom Patterson, on what would have been his 100th birthday, on June 11, is monumental,” Cimolino said, “as is the loss of these 15 productions, which our artists were bringing to such beautiful fruition.”

“We have heard from hundreds of our members, patrons, and donors who share in this disappointment. These are people who make the journey to Stratford each summer, many of them with multiple generations of their families, and wrote to express their concern for the Festival and for the many members of the community who help make their visit here unforgettable.”

The Festival’s four theatres range in capacity from 260 to 1,800 seats, with lobbies, washrooms, box office facilities, and parking lots through which large numbers of people must flow.

Additionally, as a repertory theatre company with 150 actors, each one performing in two or three of 15 productions concurrently, the risk of contagion is extremely high amongst artists and crew.

“Sadly, we have to come to terms with the fact that, as it relies on large public gatherings, theatre will be one of the last sectors to recover from this pandemic,” Cimolino said.

“And yet, while the creation of a vaccine and anti-viral drugs will cure this pandemic, ultimately what will cure society in its aftermath is art. We look forward to the time when we can gather together again to, in the words of William Shakespeare, ‘live, and pray, and sing, and tell old tales, and laugh.’”

In an effort to bring people together, particularly after this sad news, the Stratford Festival will continue to stream TWELVE Shakespeare productions in the coming months. They have broken the selections down into 4 categories exploring themes that directly relate to our current global pandemic and will (hopefully) encourage contemplation and discussion: Social Order and Leadership, Isolation, Minds Pushed to the Edge, and Relationships. The first selection for Social Order and Leadership is King Lear and premiered on Thursday April 23rd beginning with “An Actor Prepares with Colm Feore” who plays King Lear followed by the production at 7 pm EDT. This theme will be rounded out with Coriolanus and Macbeth premiering over the next two weeks. “Many of the qualities that put a leader into a position of power are not the same as those required during a crisis. The leaders in these films – King Lear, Coriolanus, and Macbeth – were each warriors who rose to power because of their martial skills. As such they did not have the qualities of compassion, consensus-building, and vision – qualities we know today are vital during a crisis.” (You can read the frontmezzjunkies article about Stratford’s streaming schedule by clicking here.) I believe each of these will be available for 3 weeks following their premieres.

For those who are able in these trying times, please consider donating to this or any arts organizations, as they strive to provide artistic beauty and intellectual stimulation to the world during this pandemic. My hope is that this time will remind people just how vital the arts are to our communities, our sense of self, and (for many of us) our sanity.