She and Ze/Her and HIR Fighting the Man & Him

She and Ze/Her and HIR Fighting the Man & Him

A revolution of some sort is taking place over at Playwrights Horizon.  And Taylor Mac is leading the charge with his new play, Hir, deliciously directed by Niegel Smith.  It’s a wacky surrealist bit of social commentary that walks the difficult tight rope of both making fun of the political correctness of our society while also embracing the very same dialogue.  A tricky bit of writing, but Mac succeeds and wins the fight. 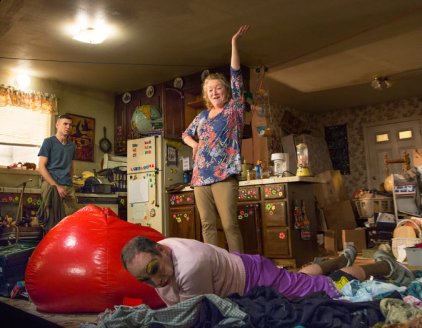 And the co-captain in this assault is the delectable and immensely talented stage actor, Kristine Nielsen, who thoroughly dominates the stage with her incredibly quirky and emotionally real portrayal of Paige.  Paige has been dominated and abused by the men in her life for as long as she can remember, and when her son, Isaac (the very talented Cameron Scoggins) returns home after being dishonorably discharged from the Mortuary Affairs department, where he literally was picking up the pieces of the dead, he finds the house in extreme disarray (set design meticulously done by David Zinn) and the power dynamics have been reversed completely.

Paige has claimed the power, changing the dynamics and exacting revenge on the male dominated world she had to bow to. From the moment the curtain on this dysfunctional family is opened, we will pay witness to this paradigm shift, as Paige gleefully announces and celebrates throughout the play with a powerful and very funny little dance.  Isaac must learn the new way things are, including his once physically dominating and abusive father, Arnold (the exceptionally wonderful Daniel Oreskes) who is now knocked down into submission by life’s hardships (he was replaced in his workplace by an Asian female plumber), a stroke, and his wife’s creative medication cocktail she has him on. Also in the mix, is HIR.  Isaac left the home with a sister Maxine, and now he is returning home to Max (the pitch perfect Tom Phelan), the transitioning sibling, who likes to be referred to as HIR (the politically correct combination of Him and Her but also by Ze, the new word for what lies in-between He and She).  Max has been removed from high school by Paige and now is home-schooled, or quite possibly, Paige is being home-schooled in the new world order by Max.  It depends who you ask, She or Ze.

Here is where the battle begins.  Isaac wants to pick up the pieces, and return his house and home to it’s past order, even while acknowledging the abusiveness of his father.  He desperately needs the order and the structure of the past he left behind.  Paige will not allow that to happen in her new world, even as she wants to embrace her returning son.  She and Ze are going to fight for this new type of order, even as Ze, or maybe because of how Ze, wants to embrace the manliness and masculinity of Hir brother.

Mac has a lot to say on this subject of sexuality, homophobia, transphobic environments, misogyny, and all the oppressive world traditions in our culture.  He both pokes fun at the hyper-intellectual verbiage while also embracing the ideology and need for change.  It’s an impressive piece of playwriting, both in its attack on the normative and the inequality of our world order, but also in the simple hilarious interpersonal interactions within this structurally damaged family.  It reminded me of “The Humans” over at the Roundabout Theatre, but amped up, and on steroids, in the best and most revolutionary way possible. It’s a wild, wild hilarious and vicious war going on at Playwrights Horizon, one that will leave you speechless and breathless. 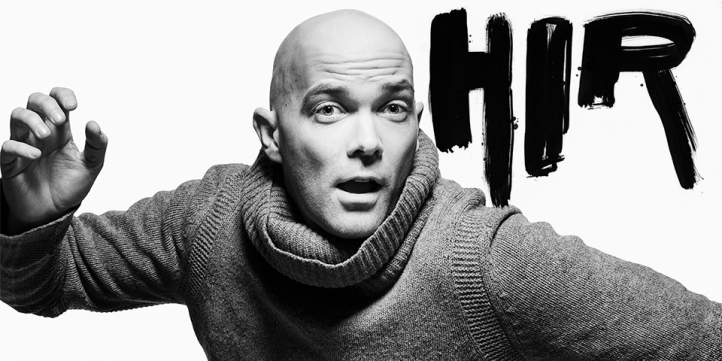