The Streaming Experience: Molière in the Park’s Tartuffe and Mart Cowley’s The Men From the Boys

It’s been a pretty busy few weeks, filled to the brim with Zoomed play readings and performances.  It’s almost getting too much, I have to say. So many things to chose from, and so little time to work and write.  I started out this whole lockdown thing obsessed (a wee bit) with Stars in the House, but twice a day, every day, quickly reached its saturation point. Especially when theatre companies all over the world, like the National Theatre, Shakespeare’s Globe, The Old Vic, The Young Vic, Stratford Festival, Cheek by Jowl, Lincoln Center Theatre, Donmar, Chichester Festival, and so so many others started getting into the game by streaming previously recorded full productions for our fun and entertainment. It was a gloriously overflowing banquet of theatrical choices; a smorgasbord that (I must admit) could have used a bit more diversity (soooo much Shakespeare), but was none the less, completely satisfying and invigorating.  The filmed versions felt a bit more engaging to be honest, over the zoom readings of old fun plays, but the talent that we are being given to take in is excitedly exceptional, and the scope is almost overwhelming.

This weekend, the weekend of Gay Pride and the true beginning of the two months of summer is filled to overflowing.  Playbill‘s presentation of Donja R. Love’s one in two, Brave Smiles…Another Lesbian Tragedy by The Five Lesbian Brothers, and MJ Kaufman’s Masculinity Max, streamed in with all the colors of the rainbow for the 2020 Pride Plays festival, produced by Michael Urie and Doug Nevin, with festival direction by Nick Mayo. One couldn’t ask for anything better to find celebration and a strong drive to demand change from this line-up, capping off with a one-night-only Playbill Pride Spectacular concert June 28th at 8PM ET, benefiting Broadway Cares/Equity Fights AIDS. But before we got to the main event [which I am so excited to watch tonight], we were invited to join the party with a deliciously directed, thanks to Zachary Quinto, presentation by Playbill of Mart Crowley’s The Men From the Boys, the 2002 sequel to The Boys in the Band on June 26th (available here for streaming through June 29th).

The play gloriously revisits a number of the iconic characters from The Boys in the Band, which won the 2019 Tony Award for Best Revival of a Play, with a few new and young attendees finding their way into the witty barb-fest that Crowley is known for. The origin play brought the gaggle of gays together for a celebratory birthday party that gets out of hand at a time when such gatherings of gay men were deemed illegal. But with the follow-up, The Men From the Boys, the group has gathered for a more somber event, but rather than everyone being utterly morose, the play zings along with sharp lines and precise digs. It attempts, fairly successfully, to gauge how these men have changed and evolved over the years, especially as they slam up against a new generation of gay men, happily (or not so much) in their prime, who engage and connect in a number of very different and telling ways.

The play reading brings back to the apartment a solid cast of pros that includes Mario Cantone as Emory, Kevyn Morrow as Bernard, Denis O’Hare as Michael, Lou Liberatore as Harold, Rick Elice as Donald, and Joseph James O’Neil as Hank. The new boys to the table are the delightful Telly Leung as Rick, Carson McCalley as Scott, and Charlie Carver as Jason. [side note: on Broadway: Jim Parsons played Michael, Matt Bomer played Donald, Robin De Jesús was Emory, Tuc Watkins was Hank, Michael Washington was Bernard, Zachary Quinto was Harold, and Charlie Carver was Cowboy, a character that doesn’t make an appearance in this play.] It’s solid and well crafted in that particular Zoom fashion, with the stellar cast bringing the somewhat dated play to full and fun life through a full force of will and abandonment.  It’s sharp, a bit over-the-top, but definitely worth your time, especially over this every-so Gay Pride weekend.

Molière in the Park tries to up the game a wee bit by attempting to bridge the art of the Zoom into a theatrical structure, giving us graphics and a sense of festive place and time with this impeccably tuned-in cast. The energy put forward by the tech crew is somewhat distracting, but ultimately playful and good-natured. Co-presented with the French Institute Alliance Française (FIAF) in partnership with the Prospect Park Alliance and LeFrak Center at Lakeside, Richard Wilbur’s deliciously strong translation of Molière’s Tartuffe, directed by MIF’s Founding Artistic Director Lucie Tiberghien swings and frolics with a superb case of effortless timing. The cast, all delivering of the highest order, deservedly gets “Tartuffified” at every turn of the phrase, and we couldn’t be more pleased.

The cast includes Emmy and SAG Award winner Samira Wiley (Hulu’s “The Handmaid’s Tale,” Netflix’s “Orange Is the New Black”) as the stupefied Orgon, pulled under the spell of the dubiously pious crook, Tartuffe.  Wiley’s Orgon is naive and lost, trying to convince himself and his family that he knows what he is doing.  She makes a solidly game Orgon, although it doesn’t carry the aging patriarchal energy very far inward. The rest of the cast; Kaliswa Brewster (Showtime’s “Billions”), Toccarra Cash (Broadway’s The Play That Goes Wrong), Christopher Henry Coffey (2ST’s Water by the Spoonful), Naomi Lorrain (EST’s Behind the Sheet), Jared McNeill (BAM’s Battlefield), Rosemary Prinz (Broadway’s Tribute) and Carter Redwood (EST’s When January Feels Like Summer) deliver exceedingly fine performances, which, I might add, is quite the difficult thing to do from the safety and security of your own home, alone, and with only a computer screen to connect with. Jennifer Mudge (RTC’s Into the Woods, MTC’s Of Good Stock) as whip-smart maid, Dorine is a stand-out, finding endless ways to give us more and more tasty morsels to bit into from every scene she is in.

But it is four-time Tony Award nominee and Obie Award winner Raúl E. Esparza (MCC’s Seared, Broadway’s Company) as the legendary Tartuffe, where we see the mastery of a ridiculous Rasputin fly outward with perfect pitch giving a sharpness and clarity to almost every line delivered. His performance vibrates with hilarious energy, but also finds clear quiet authenticity when he needs it. “I may be pious, but I am human too,” he states, directly and with simple passion, and we find absolute engagement with his delicious lies and deceit, even as we hold our breath waiting for his downfall. I saw Denis O’Hare play Tartuffe on the National Theatre‘s stage in the summer of 2019 with a wild hipster freewheeling charm. He captivated us all with his outrageousness, cross-legged hobo-like demeanor planted firmly inside Blanche McIntyre’s perfectly funny production, but his charlatan trickster, donning the man-bunned garb of a pseudo-cult leader doesn’t come close to the Zoomed-in gloriousness of Esparza’s deliciously demented portrayal. I’d love to see this cast on stage working with one another face to face. It would be electric.

It’s a most needed vantage point, this Molière’s Tartuffe; to look at those who claim to know so much about the truth, but are blinded by the devious ways of fraudulent swindlers, like Tartuffe, or Fox News, for example. In a statement from Founding Artistic Director Lucie Tiberghien and Co-Founding Producer Garth Belcon, they rightly state that they “are disturbed and appalled by the corrosive and dangerously divisive nature of religious double standards and questionable moral righteousness we are currently witnessing. Turning to Tartuffe, with this company of actors and creative team has been healing. Our goal is to reinforce the power of faith, love, and respect for every human life, versus religious posturing for economic or political gain.” And although the streaming that went live on Saturday, June 27 at 2pm EST and 7pm EST has passed by, there is still a way to jump into this impeccably well-done Molière madness. A recording of the stream will be available on MIP’s YouTube channel (click here) through Wednesday, July 1, 2pm EST. Running time is approximately 90 minutes. Viewing is free. Reserve here.

So find your way into either one of these fun and smart Zoomed play readings. And even though I’m reaching my threshold on this structure, these two made it all worth sitting down at my desk and tuning in via my laptop. I must admit that the best of the bunch, so far, or at least the one that felt most like theatre, was The Old Vic‘s live streaming of Lungs. It sent shivers down my spine and reminiscent tears down my cheeks, reminding me just what real-life live theatre truly can deliver to us. I can’t wait to return and sit my ass down in a real live theatre and wait for the curtain to rise, clapping my hands with enthusiasm as I tend to do (just ask my friends). But until then, these fabulously inventive artists are  putting their thinking Zoom caps on and delivering just what the doctor ordered, especially during this Pride weekend. 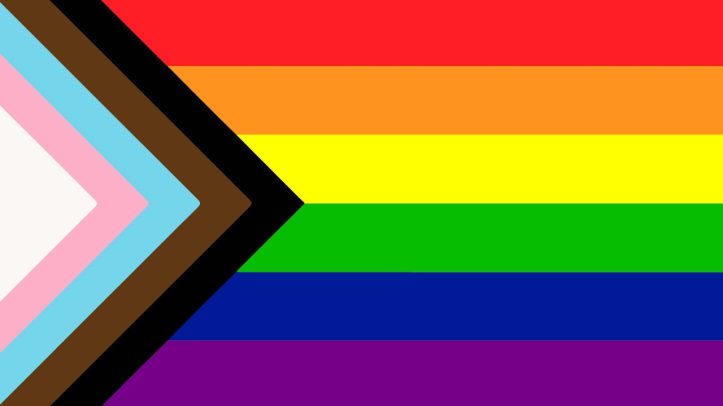 Now it’s almost time for the one-night-only Playbill Pride Spectacular concert June 28th at 8PM ET, benefiting Broadway Cares/Equity Fights AIDS featuring Michael R. Jackson, John Cameron Mitchell, Harvey Fierstein, Jenn Colella, Matt Gould and Griffin Matthews, Mj Rodriguez, L Morgan Lee, and more. From Playbill, click here for the virtual offerings this weekend. For more information, check out Playbill’s Streaming Calendar, presented in partnership with Broadway Podcast Network.  Now tune in and fly that updated Pride flag with fierce determination. This is no time to be passive about LGBTQIA+ rights. We must stand up for us all. “No Pride for some of us without liberation for all of us” – Marsha P. Johnson.